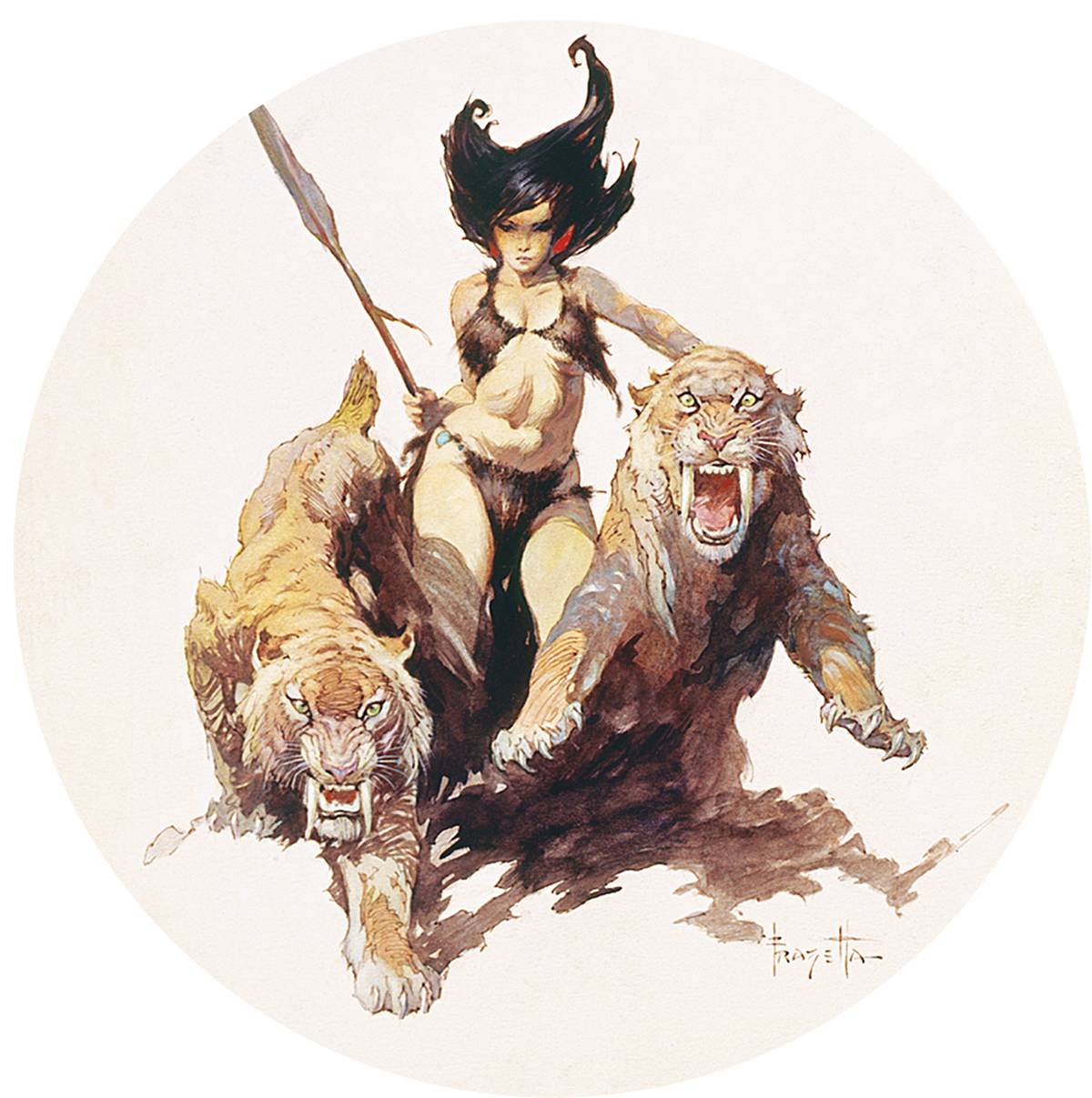 Frank Frazetta, born on the 9th day of February, 1928 in Brooklyn, New York, discovered the wonders of drawing before he was three, when he sold his first crayon drawing to Grandma - for the tidy sum of one penny. It was through her interest and encouragement, that he continued his drawings through those early years. When he hit kindergarten, his teachers were astounded that there was a child only 5 1/2 drawing better then ten-year-olds. Throughout Elementary School, Frazetta created comic books with the main character a snowman and an array of assorted characters.

By the time he was eight, one of his teachers, who was fascinated by his talent, approached Frank's parents and persuaded them to enroll him in Art School - The Brooklyn Academy of Fine Arts. The Academy was little more that a one-floor, three-room affair with a total of thirty students, all adults. It was manned by a single teacher, Classical Italian Artist - Michael Falanga. To this day, Frank can remember the look of skepticism as he was signed in. You could easily imagine the Professor thinking "Oh no! Not another child prodigy!" Nevertheless, he sat him down with pencil and paper and asked him to copy a picture of a group of ducks. About 30 minutes later, he returned to check on his progress, took one look at the drawing, grabbed it and leaped into the air shouting, "Mama Mia, Mama Mia! We have a genius here!"

As time passed, the Professor became so impressed with Frank's ability that he vowed to send him to a famous Art School in Italy. Unfortunately, Michael Falanga died and the dream of Frank attending Art School died with him. Mr. Falanga's school disbanded shortly thereafter. Meanwhile, in Elementary School, he was awarded the Art Medal and on Graduation Day the Principal gave such a flattering speech that it made Frank's parents beam with pride.